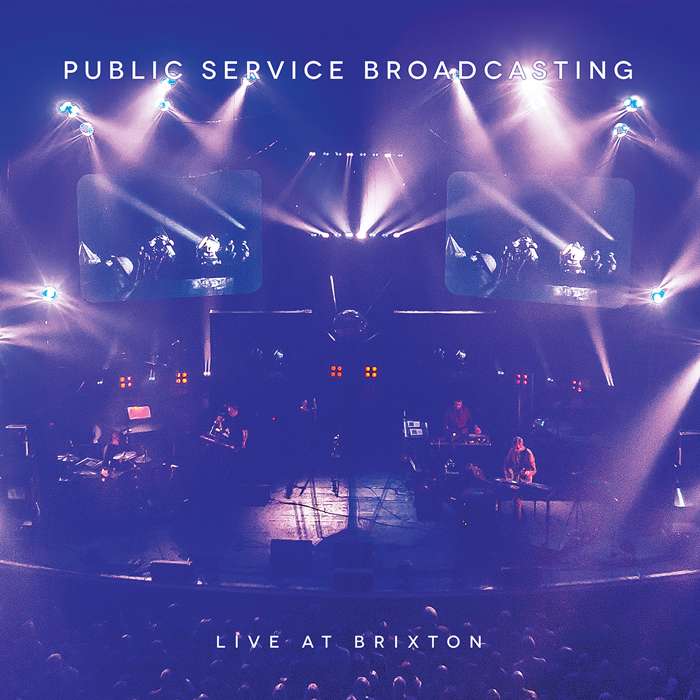 Double LP/CD live album of their sold-out performance at Brixton Academy from ‘The Race For Space’ Tour, recorded on 29 November 2015.

A taster of this release can be viewed here as the band perform their celebration of the moon landings with crowd favourite, ‘Go!’: https://youtu.be/y8rNlFYRcgs

“We first talked about the possibility of a live album and DVD a long while before Brixton and I have to confess that I ruled it out almost immediately” says J. Willgoose, Esq. “I was persuaded over a few months, though, by both the reaction on the night - which was overwhelming - and of those who watched the stream as it went out live, that something special had occurred and it truly was worth documenting. Brixton had been a dream of mine ever since seeing the Manics there on their Everything Must Go tour many moons ago. Playing there as Public Service Broadcasting, and selling it out, was something I never even thought of as a possibility. It’s my favourite venue in the world and we wanted to make it a show to remember.”

The release is accompanied by a DVD filmed on the night along with an audio commentary from the band and bonus features.

NOTE FOR US CUSTOMERS: The DVD is formatted as PAL rather than NTSC so it will not play via a DVD player but will play on a computer.